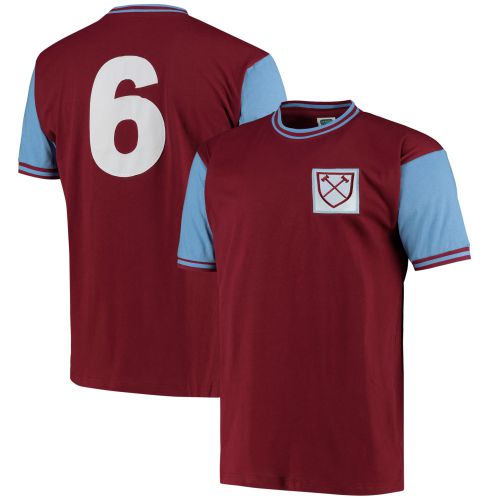 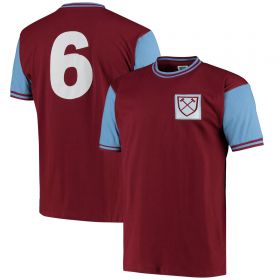 Pay homage to a Hammers and English footballing great with the West Ham United 1966 No6 Shirt.

A replica of the one worn by the late Bobby Moore during the mid-1960s, it sees the Hammers crest on the left chest, while the back features the embroidered number six Moore’s iconic number and one that would be later be retired by the club.