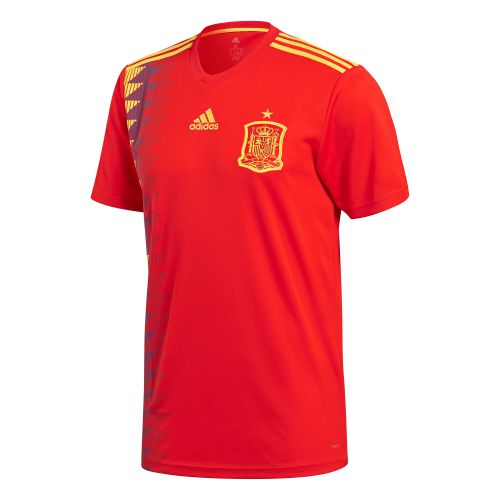 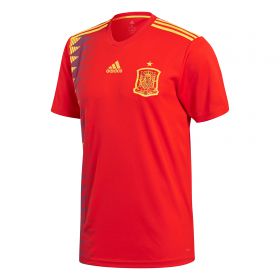 Show your support for the Spanish national team in Russia with the official Spain Home Shirt 2018.
Rather than the nation’s plethora of recent successes, the latest Spain home jersey draws its design inspiration from the kit worn in 1994, as La Furia Roja battled Italy at the FIFA World Cup in the USA.
This memorable style, with its distinctive side patterning, was worn previously in matches against both South Korea and holders Germany - and now, with the Germans holding the coveted trophy again, Spain have delved into the mid-1990s for the co-ordinates that define its 2018 home strip.
However, rather than simply restoring the style, the 2018 home shirt from adidas reinterprets it, delivering a contemporary finish. Can Spain reclaim their FIFA World Cup crown in these colours?
Details:
• Woven federation crest on chest
• Woven adidas Badge of Sport
• adidas 3 Stripe branding
• climalite technology
• 100% polyester