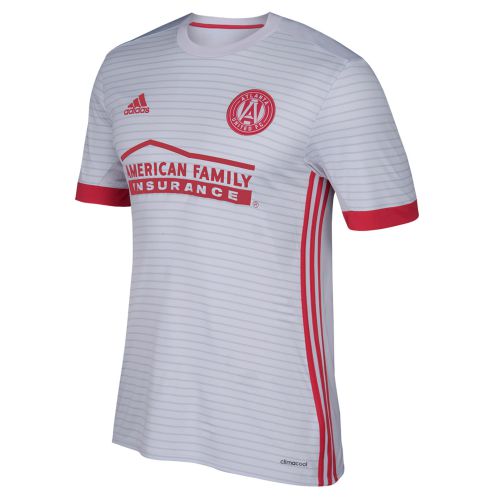 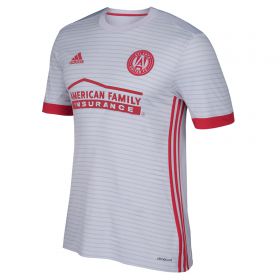 New to Kitbag for 2017, celebrate the dawn of a brand new era in Atlanta with the official Atlanta United Away Shirt 2017 - Kids - the Georgia-based expansion club’s first ever replica away jersey.
With former Premier League forward Kenwyne Jones among those in their ranks, the men from Hotlanta, GA have put together a diverse opening roster - and will hope to make their mark on the Major League Soccer landscape in this, their debut season.
This change jersey from MLS kit partner adidas carries the inaugural Atlanta United matchday crest in embroidered form, as well as special embroidered wording on the back of the right sleeve cuff.
Details:
• Embroidered Atlanta United inaugural team logo
• Embroidered wording on back of right sleeve cuff
• climacool® heat and moisture management technology
• Printed fabric, 100% recycled polyester interlock