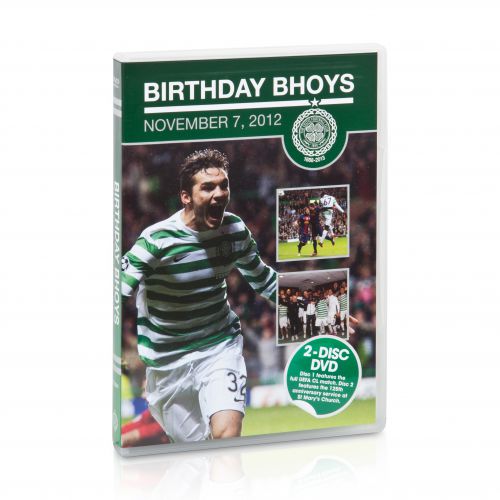 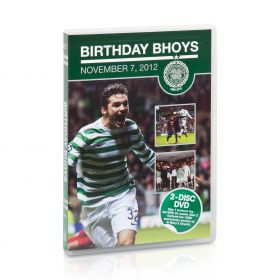 On the evening of the 6th November 2012, Celtic Football Club returned to the spiritual roots of its founders and Brother Walfrid in particular, when, in conjunction with the Celtic Graves Society, they commemorated the 125th anniversary of the club in the place from whence they came; St Mary’s Church, Calton in Glasgow.

Prior to the event, club chairman Ian Bankier, and speakers Rev. Ian Miller and Terry Dick paid homage to Celtic’s phenomenal history and appeal, while the Archdiocese of Glasgow Arts Project performed a short review of the foundation of the club.

The following night,at Celtic Park, Neil Lennon’s class of 2012/13 took on arguably the greatest club side in the world, FC Barcelona, in a vital UEFA Champions League group stage tie that encapsulated everything about the magic and mystique of Celtic’s heritage.

This special two-disc DVD captures the drama, excitement and solemnity of a remarkable 24 hours in the story of a unique footballing institution.

Only in the folklore of Celtic could there be a story that unites the club's founding fathers from the 19th century with its modern heroes of the 21st inside the span of one day.

125 years on from the birth of Celtic FC, the quest to make new historic figures while remembering those of the past, began - and this is that story. The story of the Birthday Bhoys...