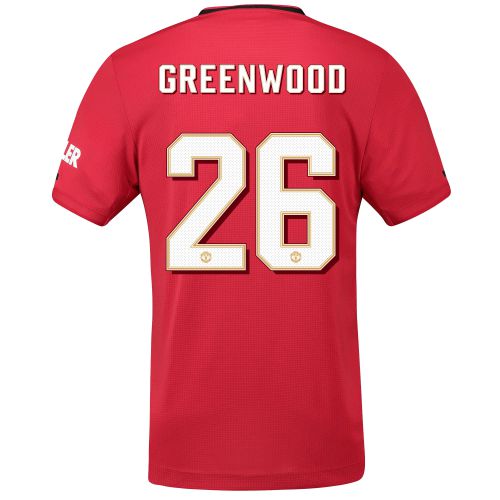 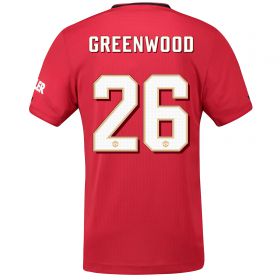 Manchester United Home Shirt 2019 – 20
Get set for the new season in style with the Manchester United Home Shirt 2019 – 20.
Manchester United's treble-winning team earned the club a place in the record books and hearts of football fans worldwide. This home jersey honours 20 years since that fateful night in Barcelona. Made for fans, this version has a looser cut than the one players wear on match days. It's built from sweat-wicking fabric, with commemorative details and a special crest honouring their incredible 1998/99 season.
Made for fans
A fan jersey is a streetwear version of the shirt players wear on match days and is wider in the shoulders and body
Commemorative crest
The shield-shaped badge celebrates the 20-year anniversary of Man Utd's record-breaking treble
Pride in the details
Each sleeve carries a number honouring the memorable goals scored that night in Barcelona; The back is detailed with the dates of each trophy victory; The outside hem is finished with the hard-fought distinction, "Treble Winners"
Details:
• Industry-leading new hexagon fabric
• Iconic dates of when the team won each final can be found on the curved hem
• Woven based club logo with rich embroidered details
• Climalite moves sweat away from your skin so you stay dry every step of the way – sweat but don´t sweat it
• Treble sign-off on the front side panel
with Greenwood 26 printing